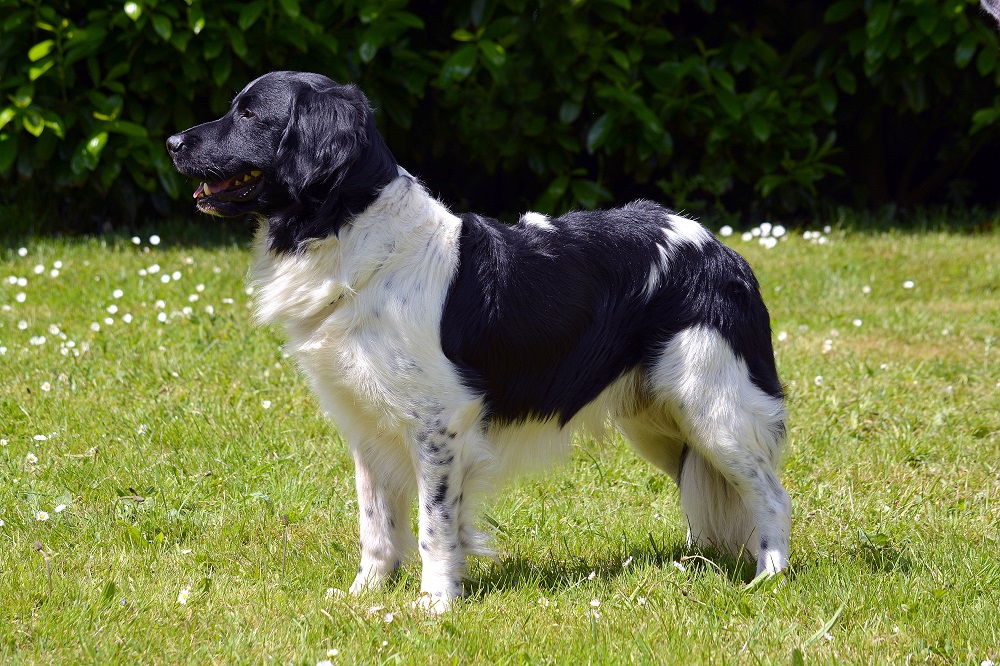 Willful
Stabys are independent. Some people call it cocky, others call it stubborn or obstinate. In fact, it is an independent nature that was a characteristic deliberately bred. The farmers wanted a dog that could work independently and that property we still see today. In case of insufficient and/or inconsistent guidance, a Stabyhoun can develop into a difficult and unstable dog. With proper guidance, a Staby is a gentle dog and a great friend for life.
Stabys are very inquisitive. A nice feature, but at the same time they can also get into trouble. Generally they expect the boss to offer a helping hand. Always pay attention to what a Stabyhoun is up to, because with their inquisitive nature they also can fairly quickly arrive in trouble. 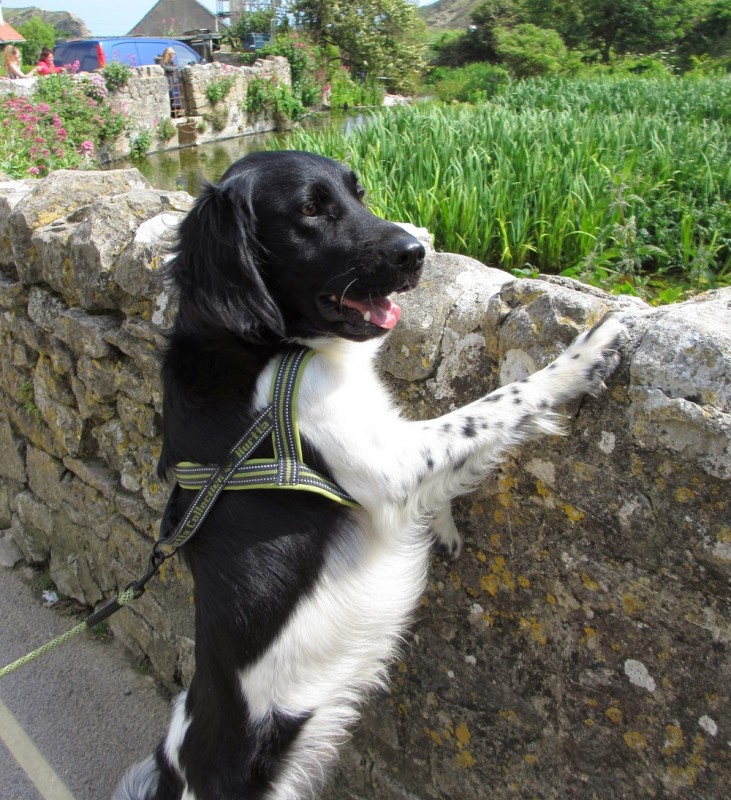 Stabys are really dependant on their boss. This has advantages, but also disadvantages. If you think your Staby will sit quietly if something is going on, you will often be disappointed. Although Stabys make a lot of noise when something is wrong or to alert their boss, they generally expect the boss to further investigate before they will accept that things are normal. Most Stabys will need to verify that there are no "surprises" in store before calming down again.

A Staby likes to work for his boss, but he must first know who the boss is. The family must provide a consistent approach to the training, which is very important for a peaceful, happy and diverse education. A tough approach is useless with the Staby. He will completely block and will then no longer voluntarily perform his duties. That is exactly what makes the voluntary Staby such a nice and good companion! With positive and soft training, the Staby is quick to learn and wants to please. Too much pressure is never a good idea, while a good coach is important.
Stabys are self-motivated, but they also block quickly if the approach does not suit the dog. The reason for this lies mainly in the fact that the Staby originally was an outdoor dog and largely had to go his own way. He had to work independently to destroy pests, so it was handy to have a real "thinker". That suited the breed well at a time when there were few outside influences and hardly any traffic. Today it is different; there are many demands on our dogs and also many dangers if left to be independent. There are Stabys who may have trouble with adjusting to loud noise and constant correction.

Although Stabys now are largely held as pets, they still require good exercise. But what is perhaps even more important, is that the Staby has a mental challenge, especially in certain collaborations with his boss. Stabys need to have a function in daily life, and preference should be given to something that offers variety. Agility, hunting, scent training, lure courses can all be productive and stimulating to your Staby. A busy dog is the perfect dog! 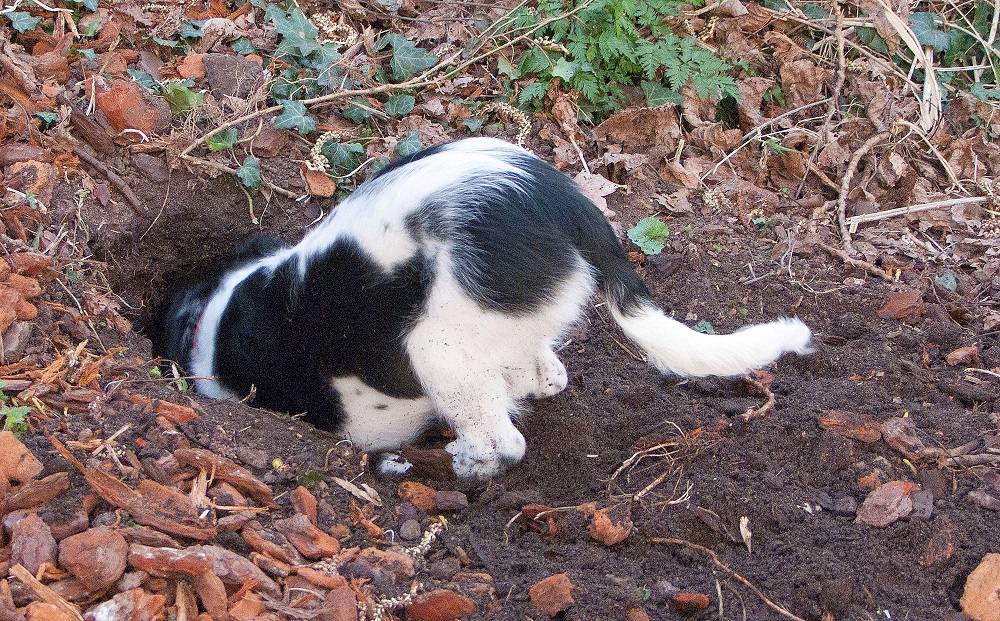 The Staby originally was used for independent hunting of moles or rabbits. As the boss, you have to learn to take that into account. Therefore you cannot be upset if the dog is looking for prey independently and digs in the garden for example. Stabys mainly tend to do things that they see as useful, and vermin hunting is one of those things, whether in the garden or anywhere else. 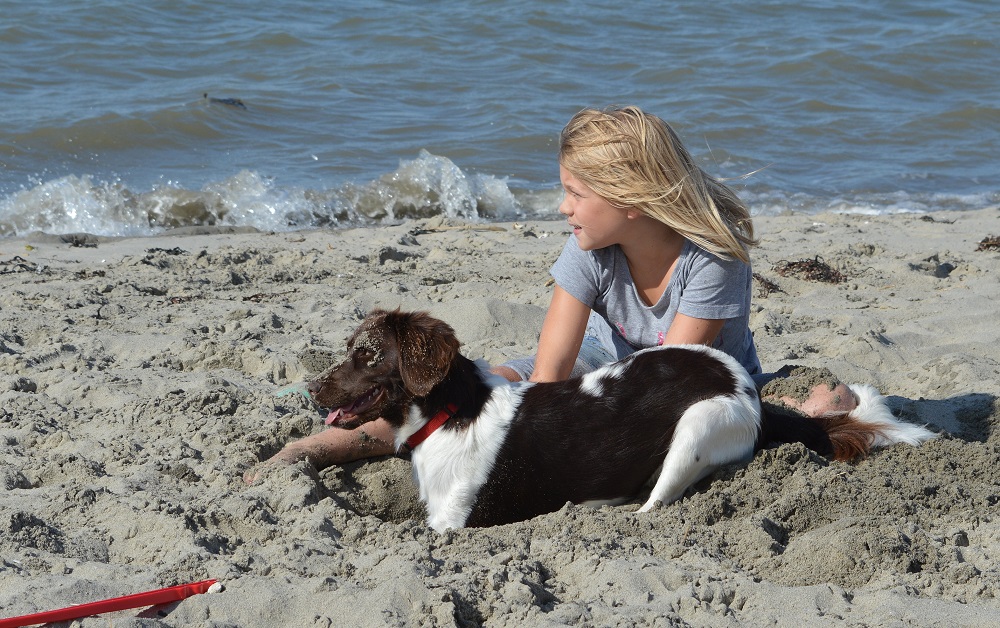 Stabys have continued to be categorized as child friendly. This is true, but a Stabyhoun will also indicate its own borders. Precisely because the dogs are really dependant on their own families, they are often slow to warm up to strangers. Always make sure that Stabys are not left in a position in which he cannot escape, because even that sweet and tolerant Staby may snarl. Something that obviously applies to all dogs, and hence a Staby: never leave a child alone with the dog.